Climate Solutions Coalition (CSC), in partnership with the Interact Club of Mogi Mirim in Brazil, during  World Interact Week, led two environmental projects to bring attention to the climate crisis as a major issue. Those projects were initiated by Nicolas Catrólio, the CSC Ambassador from Brazil.

The first project was to raise awareness among the local population about the importance of recycling.  The Interact members, using posters and calls to action, demonstrated in a public place, to build support for care of the environment.

In their second project on the same day, youths planted trees as another way to contribute to environmental awareness, and to promote green preservation, and revitalization of the city, demonstrating that each individual’s action counts. 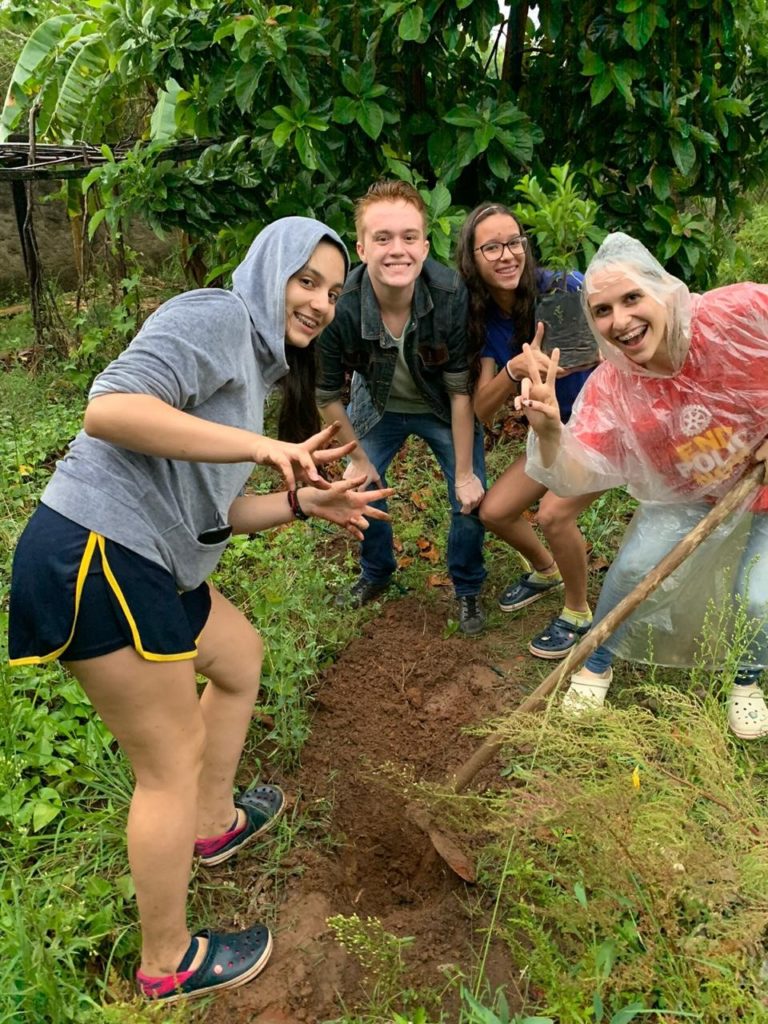 1/ Nicolas, could you describe the environmental context in Brazil ?

Brazil, like many countries in the world, suffers from an intense and troubling environmental crisis, in which governments and societies are careless about the importance of measures to address water shortages and flooding, deforestation, global warming, extinction of animal or plant species and exploitation of natives. In Brazil, we have the privilege of being home to, within our borders, the Amazon Rainforest, a forest of great proportions and importance. Today, with the intense disregard of political authorities, with the increasing number of illegal farming and mining companies, our forest is fighting hard, together with native peoples, animals and vegetation, for survival.

3/ Who would help you along the realization of these projects ?

With the support of organizations like Interact Club and CSC, I believe I can get the support I need to do different kinds of projects that can make a significant change. As they are organizations that operate in different parts of Brazil and the world, it would be much easier and interesting to share ideas and projects.

2/ Why are you organizing this project ? What motivated you to be its leader and what are your goals through the lead of these actions ?

I have always had a very special connection with the environment and all that it involves. As I grew older, I became interested in sustainable practices, environmental action groups, and especially developed a very intense love of preserving animal species. Today, I’m looking to join a college of veterinary medicine, and maybe manage to organize wildlife maintenance projects. In addition, I am a member of the Interact Club, an organization of Rotary International seeking social welfare practice in which the environment has always been taken into account in all our actions. Today, the need to protect the most precious asset we all have, the planet, motivates me to be my country’s ambassador to the CSC! Therefore, I believe that  if we take small actions and raise of consciousness in our social circles (friends, teachers, relatives, professionals) we could perhaps make the real change that our planet needs.

4/ What are the future projects that you would like to set up in Brazil?

I would like to develop projects such as: “Awareness of the importance of growing and consuming organically grown food”, “Tree planting”, “Study and preservation of animal species and their respective importance”, “Projects to help the cause of native peoples”, and “Reducing the consumption of meat “.

What matters is that we never give up. This is the fundamental deciding issue of all time”